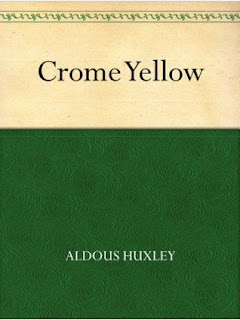 It was two hours cut completely out of Denis Stone’s life.  And that was just the ride on the train, from London to Camlet-on-the-Water.  After that there was still a bicycle ride to Crome itself.

He could have done a lot of other, more productive things with his time, but the social obligation beckoned and one does not lightly turn down an invitation to spend a couple weeks with the Wimbush’s at their manor in Crome.  Besides, there will be other guests there as well, and as an up-and-coming poet – with one collection of his poems already in print – Denis can't afford to miss any opportunity to hobnob with the Upper Crust.

And admittedly he does find it gratifying to impress them with witty conversation sprinkled with his prodigious vocabulary, including a chance to give his opinions on the finer subjects of the Arts – Poetry, Music, the latest books, and what have you.

There’s only one drawback.  While he’s expounding on all these highbrow topics, he also has to listen to everybody else give their views on these things.  And to be honest, Denis finds any opinions other his own to be just plain boring.

What’s To Like...
Crome Yellow was first published in 1921 and is the debut novel of Aldous Huxley.  It chronicles the conversations and interactions of a group of high-class guests at Crome manor.  For the most part we follow Denis, the protagonist, but occasionally cut away to some of the others.

The story is a scathing satire of the lives and conversations of the glitterati during the early 1920s.  The characters are said to be based on real people, and the Wikipedia article (the link is here) mentions a few, the only one of which I recognize being Bertrand Russell.  In addition to our poet Denis, the cast includes the well-to-do hosts, an artist, a writer, a handsome womanizer, and several women looking for beaus with suitable quantities of breeding and money.

The writing is superb, which is surprising given that this was Huxley’s first novel.  The insight into the snobbery of each character is amazing, since the author was still in his 20s.  Each character strives to be the pithiest and hog the conversations, and their efforts, while pompous and attention-seeking, do contain pearls of wisdom.  Huxley explores their pretentious spiels in all sorts of areas: Art, Architecture, Eccentricity, Writing, Socializing, Privies (huh?), Books, Poetry, Music Appreciation, Love, Religion, Nature, and even Vocabulary.

Spiritualism was popular at that time, and Huxley has some incisive things t say about that.  Ditto for the Fundamentalists, embodied in the character of Mr. Bodiham, who spouts out “Last Days” sermons.  Our characters often lapse into French (such as “le galbe evase de ses hanches”, which I had to look up and means “the curve flares from her hips”), the language of culture, in order to impress their audience, and Huxley’s examples of flowery-but-inane poetry are sheer genius.

The vocabulary in English is a wordsmith’s delight as well, with Huxley using words like ratiocination, pullulation, vailed, argal, floaters, tractates, empyrean, and the ones listed below.  I had no idea what the Malthusian League, coconut shies were, and who Tschuplitski was.  The first two are real (and in Wikipedia), the last one is fictitious.  And if you ever wondered where the proper place for a privy is in a mansion, you’ll find your answer here.

The grammar is an odd combination of English spelling coupled with American punctuation.  That might sound strange, but it worked perfectly for me.  The book is short – 183 pages – and divided into 30 chapters.  It’s a quick and relatively easy read, with not a lot characters to keep track of.  The reason for the “Yellow” in the book’s title is never explained, but there is a pigment called “Chrome Yellow”, so maybe Huxley was just playing around with words.  This e-book I read (with the book cover shown above) is the Public Domain version, which means it is always a free download at Amazon.

Excerpts...
They waited, with an uncomfortably beating heart, for the oracle to speak.  After a long and silent inspection, Mr. Scogan would suddenly look up and ask, in a hoarse whisper, some horrifying question, such as, “Have you ever been hit on the head with a hammer by a young man with red hair?”  When the answer was in the negative, which it could hardly fail to be, Mr. Scogan would nod several times, saying, “I was afraid so.  Everything is still to come, still to come, though it can’t be very far off now.”  (loc. 2071)

“The world, you must remember, is only just becoming literate.  As reading becomes more and more habitual and widespread, an ever-increasing number of people will discover that books will give them all the pleasures of social life and none of its intolerable tedium.  At present people in search of pleasure naturally tend to congregate in large herds and to make a noise; in the future their natural tendency will be to seek solitude and quiet.  The proper study of mankind is books.”  (loc. 2236)

Kindle Details…
As mentioned above, this particular e-book of Crome Yellow is always free at Amazon.  There are other versions, which range in price from $0.99 to $5.99.  But why pay for something when you can get it at no cost?

“Well, here I am.  I’ve come with incredulous speed.”  Ivor’s vocabulary was rich, but a little erratic.  (loc. 1168 )
There are a couple nits to pick.  There seemed to be a fair amount of “scanning typos”, which is probably inevitable in a Public Domain effort.  Another round of proofreading would take care of that.  The “N-word” appears a couple times.  Yes, I recognize that was the word Huxley originally used and nobody found it offensive back in 1921.  I’m not saying it should be deleted, but it still grates my nerves every time I come across it while reading.

More seriously, the story suffers from the PWP syndrome (“Plot? What plot?”).  People talk, Denis muses a lot, but nothing ever really happens.  I thought maybe it was just me who was bothered by this, but the Wikipedia article mentions other critics who felt the same way.  When there’s no plot, that means there’s nothing to resolve in the ending.  Denis ends his stay at Crome and goes home, a little older but not a bit wiser, and without anything having changed.

8 Stars.  I had my “Aldous Huxley phase” way back in my 20s.  As expected, Brave New World blew me away, then Ape and Essence, surprisingly, turned out to be even better.  After that I read Island, which was so-so at best, followed lastly by After Many a Summer Dies the Swan, which I found to be awful and ended my fascination with Huxley novels.  But all that was more than 40 years ago, and I’m thinking it may be time to reread some of those.
Posted by Hamilcar Barca at 2:44 PM