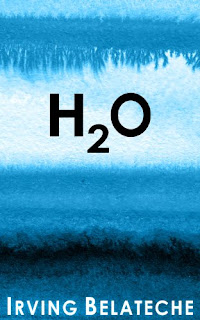 Decades ago, the world got zapped by something called the Passim Virus.  It killed almost everyone, and was especially deadly in densely-populated big cities.  Those places are all "lost" now, only the dead and the Virus are still there.

Yet humanity still survives, mostly in rural areas and in small towns that have sprung up after the plague passed through.  And if you live in a town that still has “old technology” capable of producing gasoline or clean water, or it has surrounding farmland that can produce virus-free fresh food, well, then you have a something valuable to sell to other nearby towns.  Further, if you have someone among you who knows how to keep “The Line” up and running (in the old days, they called it the Internet), you can even keep communicate with those other towns.

This is vital, because traveling outside your own little village is risky.  There are some who live out in the wilds, preying upon fools who venture into the wilderness between towns.  They’re called “marauders” and they’re just as deadly as the Passim Virus.

Roy works for the Corolaqua water purification plant, and as low man on the totem pole, he has just been charged to go out to one of the company’s remote pumping stations to see why the pumping capacity there has suddenly fallen off, and of course fix the problem.  He’ll be alone, and running into the Virus and/or marauders is a distinct possibility.

Roy expects to die.  It’s just a matter of whether it’s before or after he fixes the pump.

What’s To Like...
H2O is set in the US Pacific Northwest, with humanity trying to recover from a devastating pandemic.  It reminds me of S.M. Stirling’s “Emberverse” series, but Stirling posits a world with a complete electronic and fuel power outages but relatively few deaths to begin with.  Here, Irving Belateche goes the opposite direction – lots of deaths, but cars and trucks and even a very-limited internet are still functional.

I liked the world-building.  Our protagonist hails from Clearview, a small town located on the Oregon coast.  Subsequent events take him southward, even down through coastal California.  But traveling eastward any great distance is dicey.  Outside this strip of settlements along the Pacific, no other survivors are known to exist.

Being a scientist by trade, I loved the emphasis on Chemistry and Chemical Processing.  In a post-apocalyptic era, it’s a godsend to live next to an endless water supply like the Pacific Ocean, but only if you have a way to remove the salt from it.  And while the chemistry to do this won't ever change, things like transfer pumps will wear out, so you better know how to fix all things mechanical.

I also liked the “hive mentality” hypothesized here: when the colony is threatened, you live and die for it (just like a worker ant or a drone bee), and you do it without question.  This is the second book I’ve read recently that examines this mankind-saving strategy, the other one is reviewed here.

There are a bunch of plot threads, but they’re easy to keep track of, including: a.) why did the pump fail, b.) why are some people (including Roy’s deceased dad) fixated on shooting stars, c.) where’s all the extra water (the titular “H2O”) going; and d.) who drew the salamander?  You also get hit with a major plot twist in Chapter 22, and another one in Chapter 32.

Everything builds to a suitably exciting ending.  All of the plot threads in the previous paragraph are addressed, although a couple of them are answered a bit hazily.  The book stops at a logical point.  There’s only about a half-dozen instances of cussing, and I think it says something about an author’s writing skills when he doesn’t have to overuse cusswords to amp up the intensity.

Kindle Details…
H2O goes for $3.99 right now at Amazon.  Irving Belateche has four other novels to offer, each priced either $3.99 or $4.99; plus two short stories at $0.99 apiece.
Everyone in the Territory did their jobs and nothing more.  That was the key to order, and order was the key to survival.  (loc. 962 )
There are a couple quibbles, most of them minor.  I liked the use of flashbacks to develop the backstory, but they seemed to come at the cost of a pause in the action.  The writing style is what I call “storytelling”, which means there’s not much emphasis on character development and waxing philosophical, the story itself is all that matters.  These are personal tastes, however; you might find the flashbacks enlightening and be thrilled that telling the story is of paramount importance.

The editing is above-average, but as a chemist, I winced at a key chemical, “Isopropanol”, being misspelled, 4 out of 5 times, as “Isoproponal”.  You’d think it would be all one way or the other.  The same thing happens with “Preserve” and “Perserve”: one time, each way.  But other than these, the typos were few and far between.

My biggest issue is that, ANAICT there is no sequel.  The book may end at a logical spot, but it screams for a follow-up.  A spark of rebellion has at long last been lit.  Roy and Lily have a future to experience.  A push-back by the bad guys is sure to occur, quickly and in full force.  There are a couple characters who seem to be dead, but I’m not so certain of that.  And how many other places in the world is mankind clinging tenaciously to life?

In summary, if you don’t tie up all the major plot threads by the end of a novel, aren’t you kinda obligated to write a “Book Two”?

6½ Stars.  Don’t let my quibbling dissuade you from reading H2O.  The plot twists kept me on my toes, and I didn’t feel like I was reading yet another cookie-cutter "find true love in a post-apocalyptic global-disaster" tale.  Indeed, as our world today struggles to cope with the Coronavirus, it’s a bit eerie to read something penned in 2012 about vast numbers of people dying in a plague.
Posted by Hamilcar Barca at 2:28 PM