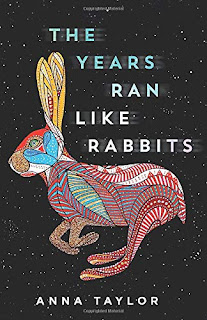 It’s getting to where a girl can’t even go for a nice, zero-g spacewalk anymore without some sort of interruption cropping up.  Just ask Quinn Lyons, a low-tier employee on the Achilles Deep Space Mining Installation, floating around in the Asteroid Belt, out in the remote area of space between Mars and Jupiter.

Whatever the interruption is, it’s huge and headed right towards her, and therefore towards the Achilles as well.  It consists of four or five irregularly-shaped pieces, but its high metal content indicates it doesn’t have a naturally-occurring origin.

Quinn manages to survive the encounter, and the Achilles successfully snags the objects.  It turns out to be the crumpled remains of a spaceship of some sort.  The markings on the wreckage doesn’t match any known company or force native to our Solar System, but it doesn’t exactly look like it came from an  “alien” civilization either.

What makes it really interesting is (what remains of) its propulsion system.  The computer records recovered from it indicate it achieved a record speed for a ship of its size.  But for less than a minute.  Before falling apart.

Someone on the Achilles ought to take a closer look at that wreckage.  Maybe a big leap in the speed of space travel is just a tweak away.

What’s To Like...
The Years Ran Like Rabbits is set in the somewhat near future: the polar ice caps have completely melted and penguins have been extinct for 75 years or so.  Advances in rocketry have reduced the time it takes to get between Mars and Jupiter from 6 years to 49 days, so the inner planets of the Solar System have been explored and, in the case of Mars and the Asteroid Belt, some settlements have been established.

The Amazon blurb lists the two main genres for The Years Ran Like Rabbits as Space Opera and Colonization, but I think it’s better described as a combination of Hard Science Fiction and Romance.  We can zip around the Solar System more quickly, but I liked that we’re still a long way from disproving Einstein by means of FTL (Faster Than Light) travel.  If you’ve ever read any James P. Hogan hard sci-fi stories, you’ll like this book.

The romance aspect of the book involves our two protagonists – the Achilles’ second-in-command Angle Xiang, and the lowly cleaning lady Quinn Lyons.  Both are hiding personal secrets, and neither seems like a good fit for the other.  But male readers can rest assured, the book is definitely a science fiction novel first, and a love story second.

The title is a slightly-altered snippet from a poem by W.H. Auden’s As I Walked Out One Evening, and doesn’t really have a direct tie-in to anything in the storyline.  The same goes for the intriguing cover image; although there is a rabbit in the story, it refers to … well, I’ll let you discover that for yourself.  Anna Taylor gives literary nods to Alexander Dumas’s The Three Musketeers, and a Chinese story Outlaws of the Marsh which I've never heard of.  I also liked the music nod to Arlo Guthrie’s Alice’s Restaurant.

I chuckled at both the word “squikked” (see below), and the esoteric term “smoke-shifter”, since one time, long ago, at Boy Scouts summer camp, I was sent out to find one of those.  I also enjoyed visiting a ghetto area called “the Dent” and learning a phrase or two of Dengi; it reminded me of Cockney Rhyming.

The ending is decent, although not overly exciting.  I anticipated its “what”, but not its “who.  The person in charge of security for the climactic meeting should be shot.  The Years Ran Like Rabbits is a standalone novel, although it also leaves room for a sequel.  I didn’t see any telling/showing issues, which is a pleasant surprise, given that this is (presumably) Anna Taylor’s debut offering.

Excerpts...
“Wait a minute.  You’re asking Bergmann to solve the Planck strings.”
“That would make a lot of things clearer.”
“The Planck strings have been out there for seven years, and only the first three are solved.”
“About time we tackled a couple more.”
“This is academic research.”
“Show me an academic with a solution and I’ll show you a wealthy man who’s handed in his university robes for a business suit.”  (loc. 2833)

“Your friend is creeping me out.” (…)
He remembers Ripper coming up in her interrogation.  He was her crew boss when she worked illegal labor on Titan construction projects.
“I’m Angle,” he tells the man.
“Sure you are,” he snorts.  “You’re keeping low company, Io.  He’s military.”
“Ex,” she insists.  “He’s with me.  I vouch, so tell me you feel like talking about more than my change in looks and taste in men.”  (loc. 4709)


Kindle Details…
The Years Ran Like Rabbits presently sells for $9.99 at Amazon.  This is the only e-book offered there by Anna Taylor right now.

“For a very smart woman, you play dumb convincingly”  (loc. 5381 )
There are a number of quibbles, starting with the usual “spellchecker errors”: sooths/soothes, forth/fourth, who’d/would, tenants/tenets, and you’re/you’ve.  Several of the secondary characters, (Higgs, Odawa, etc.) enter the story without any introduction, and it took me a while to realize that Emilith was not a new character, but was Colonel Ayers’ first name.

There’s a lot more intrigue than action, which is one of the reasons I’d call this Hard Science Fiction, not Space Opera.  I thought there were several missed opportunities to insert some excitement, such as when Ayers gets waylaid while on a tour.  Early on, there were a couple of time-skips that I was slow to pick up on, but in fairness, they were eventually noted.

There is a slew of cussing.  I noted 19 instances in the first three chapters before I stopped counting, and if we assume that rate holds true throughout the 21 chapters, that’s 133 times we get to hear “shock talk”.  Cussing doesn’t offend me, but here it’s overdone.  Maybe this was done to give the story a Space Opera feel, but I think an author shows good writing skills when foul language is used sparingly.  And admittedly, like any good Space Opera, there is some sex in the book, but none of it is lurid, and that’s a plus.

Another round of editing/proofreading/beta-reading will fix most of these quibbles.  Frankly, I’m surprised the beta readers didn’t catch a lot of this.  The amount of cussing is a personal viewpoint, and it will be interesting to see how subsequent reviewers feel about this.  Reviews penned by family, friends, and writing circle colleagues don’t count.

7 Stars.  Add 1 star if/when the next edition  fixes the typos and continuity issues.  Don’t let my quibbling stop you from buying this book.  Hard Science Fiction is an ambitious genre to take on, since you always have to balance thrills-&-spills with scientific reality.  The Years Ran Like Rabbits is a fine effort by Anna Taylor, it kept my interest throughout, and I'm hoping a sequel is in the works.
Posted by Hamilcar Barca at 11:05 AM