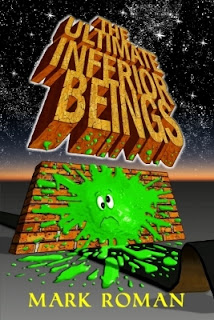 Something dreadful has happened to the spaceship The Living Chrysalis.  She’s arrived back at the interstellar spaceport six months sooner than is quantum-physically possible, with her entire crew dead from aging too rapidly.

Someone needs to figure out what happened.  Someone needs to retrace the last voyage of The Living Chrysalis and determine where and when she had her fatal encounter.  And that someone (or those someones) needs to be expendable, since they probably will die from the same thing.

jiiX is happy being just an ordinary landscape architect, so he is astounded when it is announced that he’s been promoted to being a spaceship captain, and given his very own ship.  And his own sparse and equally befuddled space crew.  And his own mission: To boldly go where one other spaceship has gone recently.

But jiiX is given no other details.  After  all, suicide missions are usually top-secret projects.

What’s To Like...
The way the names are formed (jiiX, twaX, flux, sylX) should clue the reader in that the emphasis in The Ultimate Inferior Beings is going to be on silliness and sci-fi spoofery.  jiiX’s crew contributes nicely to this motif – flux is a behavioral chemist trying to prove the existence of God, twaX is a carpenter, who dreams of chopping up trees, and anaX is a gynaecologist, and we all know every spaceship crew needs one of those.

The book is written in “English” (as opposed to “American”), and that’s always a plus for me.  Mark Roman adds in all sorts of hilarious details – such as the book “Prgnancy and the Female Crewmember”, which gives us four helpful methods to prevent becoming “with child” in space.

We don't visit a lot of extraterrestrial places, just jiix’s home planet “Tenalp”, Earth, and the Mamms’ planet, with its unimaginative name, “Ground”.  The story centers on jiix and his crew making contact with the Mamms, who are these cute little green blobs, as shown on the book cover above.  Their method of braking on the high-speed Pulseway is memorable.

But beyond all the silliness, there is also some keen insight on the subject of prophecy and religious fanaticism.  The author avoids the pitfall of betting preachy, and the result is food for thought regarding how to interpret prophetic scripture.

There’s only a smidgen of cussing in the book, and nothing that I found lewd or offensive.  The story ends at a logical spot, although I wouldn’t call this a standalone novel.  There’s a fairly extensive appendix at the end of the book.  It includes a glossary, and several discourses on Mamm evolution and history, plus a proof of God.  To be honest, I skipped all of that.  But not not be skipped is the way-kewl video blurb for this book on its Amazon page.

Kindle Details...
The Ultimate Inferior Beings sells for $2.99 at Amazon.  INAICT, this is Mark Roman’s only novel, although he did also contribute a short story to an anthology titled A Turn Of The Wheel, and which sells for $0.99.

Excerpts...
“Maybe it’s because I’m new to this job, LEP, but those professions don’t strike me as being terribly relevant.”
“Not relevant??”
“Let’s take the behavioral chemist,” started jixX, speaking calmly and patiently.  “What ‘skill set’ does he bring to the mission?”
“He’s a scientist,” said LEP after a hesitant pause.  “Technical knowledge, analytical skills, eccentricity bordering on madness… er… rotten dress sense…”  (loc. 502)

“Life’s a funny old game,” said jixX philosophically.
“Yes,” agreed the stowaway, with equal philosophical insight, placing the brick on her armrest.  “I wonder what will become of us.”
jixX shrugged.  “I suppose we’ll end up getting married and living happily ever after,” he said.
And, of course, they did.
Though not to each other.  (loc. 5295)

“We slimy green blobs are immortal.” … “Apart from the ones that die, that is.”  (loc. 3775)
The Ultimate Inferior Beings struck me as aspiring to be like Douglas Adams’ opus, the Hitchhikers Guide To The Galaxy.  That’s as ambitious goal, and while it is fair to say TUIB doesn’t attain it, it also merits remembering that neither did any of Adams’ subsequent books in his series.

My biggest issue with TUIB is the storyline itself.  The basic premise – finding out what befell The Living Chrysalis – is never even explored, let alone answered.  And when one of the key blobs suddenly loses his voice, I don’t recall any reason being given for this timely bout of silence.  Also, one of the crew members inexplicably runs off, is presumed dead, and is later found by others.  Surely there is a storyline thread  there, or at least a reason.

Perhaps all of these issues are to be cleared up in a sequel, but alas, even after 4 years, none appears to be forthcoming.  It’s hard to get too excited about Book 1 in a series, when there is no “rest of the series”.

7 Stars.  The storytelling drawbacks aside, I still found TUIB to be a fun read, with interesting characters and chock full of chuckles.  Add 1 star if a sequel to this should ever come out.
Posted by Hamilcar Barca at 5:21 PM