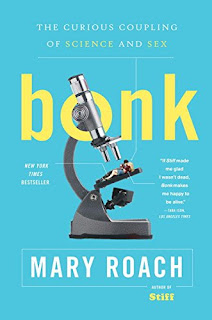 Hey, I’ve got a great idea!  Let’s do a sex research project.
Um, okay.  Have you thought of anything specific?
Yeah.  Does eating kiwi fruit enhance your desire to, you know, “do it”?
Well, that’ll certainly be an original study.  Where will you get the money to pay for the test subjects?
Pay them?!  I’ll just get volunteers.  Anybody who likes to eat kiwi fruit will jump at the chance for free food.
How do you know they’ll give you honest answers?
Hmm. I don’t know, man.  I guess we’ll have to hook them up to some sort of lie-detector machine.
That costs money.  And you’ll have to pay someone to figure out exactly how to test your human guinea pigs to get verifiable, reproducible results.
You're right.  I suppose we’ll have to apply for some government grant money.
They don’t like giving out money unless your project will make tangible improvements for some sort of illness or problem.  ED, frigidity, impotence; things like that.  I don’t think eating kiwis be better the lot of people with sexual issues.
Jeez.  This is going to be more difficult than I thought.  Maybe I better read a book on Scientific Research and Sex.  Do you know of any?
How about Mary Roach’s “Bonk”?  And hey, don’t give up.  You know what they say.  “If you never eat a kiwi, you never want a kiwi.”  (an actual quote from Bonk)
What’s To Like...
Let’s get the important question out of the way first.  If you’re wondering if Bonk might be the non-fiction equivalent to 50 Shades of Grey, the answer is ‘no’.  This book is more about scientific research into sex, a less about sex itself.  As such, it focuses on the challenges of recruiting the best test subjects, and getting objective and meaningful results.  For instance, simply asking the participants what “felt best” is not reliable, your test subjects may be wanting to please and therefore give you overly optimistic feedback.

The book is divided into 15 chapters, plus a prologue, each with a title and a subtitle, all of which are catchy phrases.  Some of the "tamer" examples are:

There are a multitude of footnotes, and they are on a par with Terry Pratchett footnotes in wittiness and interest.  If you skip them, you will be missing some great humor and obscure trivia.  I found it easiest to bookmark the page I was on, then go read the footnote, then access the bookmark.  In short, do not skip the footnotes!

Although the book is about researching human sexuality, there is much to be learned from the animal kingdom.  Mary Roach observes and reports about monkeys and their courtship rituals, pigs in foreplay, and – perhaps the most educational of all – how porcupines manage to do it without getting pricked to death by the quills of their mate.

Mary Roach is a diligent researcher, willing to travel anywhere, even to Egypt to learn firsthand about sex research there and how it can be done while living in a conservative Muslim nation.  She also personally takes part in a couple of the research projects, and in one case, talks her husband into participating as a team.  That particular study involved being in an MRI tube, which made for crowded quarters.

The author makes extensive use of the Internet, including Google and Wikipedia, to find research papers on obscure topics.  Several of the chapters grew out of this technique, where Internet search “hits” were followed up by direct communication.  There is such a thing as TMI, however, such as when she interviewed ER personnel and asked for a list of items that they'd had to remove from rectums.  We’ll leave that list in the comments of this review.  You’ve been warned.

Excerpts...
If you try this yourself, I recommend doing so when no one is home.  Otherwise, you will run the risk of someone walking in on you and having to witness a scene that includes a mirror, the husband’s Stanley Powerlock tape measure, and the half-undressed self, squatting.  No one should have to see that.  It’s bad enough you just had to read it.  (loc. 684)

Dr. Ahmed Shafik wears three-piece suits with gold watch fobs and a diamond stick pin in the lapel.  His glasses are the thick, black rectangular style of the Nasser era.  He owns a Cairo hospital and lives in a mansion with marble walls.  He was nominated for a Nobel Prize.  I don’t care about any of this.  Shafik won my heart by publishing a paper in European Urology in which he investigated the effects of polyester on sexual activity.  Ahmed Shafik dressed lab rats in polyester pants.  (loc. 2628)

Kindle Details...
Bonk: The Curious Coupling of Science and Sex sells for $9.99, which is a pretty good price for a top-flight science book.  Mary Roach offers another half dozen e-books, ranging in price from $8.61 to $11.99.  I borrowed my copy via my local library’s digital library, and it seems like not many people have discovered this source of Mary Roach books.

The Lord  … hath made me a polished shaft (Isaiah 49:2)  (loc. 2191)
I really don’t have any quibbles with Bonk.   If you’re not of a scientific mindset, I suppose the abundance of details concerning the research can get tedious.  And it has to be admitted, after a while, one research project starts sounding pretty much like another.  But I am a chemist by profession, so reading about the “hows and whys” of these studies was fascinating for me.

Bonk is part of what is at present a 4-volume single-word-titled series by Mary Roach.  The other three books in the series are Grunt (science meets humans at war), Gulp (the science of the alimentary canal), and Spook (science tackles the afterlife).  My local digital library carries all of these.  I suspect I'll be reading more books by this author in the near future.

9 Stars.  Subtract 1 star  if scientific research bores you.  And that would be a shame, since you’d miss curious bits of study such as this: Placing cheese crumbs close to a pair of laboratory rats while they’re copulating will distract the female, but not the male.  And maybe that’s all you need to know about how the two genders regard the act of sex.
Posted by Hamilcar Barca at 11:59 AM

The List: a frozen pig tail, a bottle of Impulse Body Spray, a parsnip, a plantain, a dull knife, a cattle horn, a salami, a jeweler’s saw, a plastic spatula. Multiple holdings in the same rectum included: oil can with potato, 2 apples, 402 stones, umbrella handle and enema tubing, lemon and cold cream jar, spectacles plus suitcase key plus tobacco pouch plus magazine.